The Surveillance Section has several responsibilities. Daily, you may see them at the Tillotson Avenue or County Road 575 West bridge collecting samples to determine the impact the Water Pollution Control Facility (WPCF) has on the White River.

You may also see them at one of Muncie’s industrial sites collecting samples for the Pretreatment Program. Additionally, they collect samples for the ongoing studies such as urban sewers. Their daily routine also includes a visual inspection of the White River and its associated tributaries for any unusual occurrences.

A law mandated by Indiana Department of Environmental Management (IDEM), required the city of Muncie to inventory all outfalls found along its rivers and streams. Funding provided to the Muncie Sanitary District (MSD) allowed for the district to identify all possibilities of illicit discharges within the district. All pipes or ditches that were found adjacent to any river or stream within the district were identified and mapped in a Geographic Information System. This allows for the location and general information associated with each pipe to be recalled at any time. In addition, some in-field analyses were conducted in order to determine if an outfall could potentially host an illicit discharge. In-field analysis included observing the condition of the outfall, noting any abnormal odor, color, sediment, floatables, vegetation, pipe benthic growth and stains. Identifying any abnormalities is important because it provides clues to where an illicit discharge may be coming from.

Discharges from homes or industries will cause abnormalities that wouldn’t be present if only rainwater and/or groundwater were being discharged. Additionally, temperature, conductivity, turbidity, ammonia, hardness, alkalinity, pH and chlorine levels were measured on any flowing outfalls. Once again, this provides clues as to where the discharge may be coming from and helps identify rainwater/groundwater from illicit discharges. After all streams within the district were initially surveyed to identify all outfalls, all flowing outfalls were then sampled again for further lab analysis. More precise and thorough lab testing helps identify the sources of illicit outfalls. The lab testing includes measuring levels of boron and potassium (metals), fluoride, chloride, E. coli, total suspended solids and ammonia of 83 outfalls that have been identified as possibly illicit. At the conclusion of the ORI sampling, if the analyses prove any outfalls do have illicit discharges, then future steps will be taken in order to eliminate those outfalls; thus, reducing the pollution reaching the waterways of Delaware County. ORI investigations are then repeated on a 5-year cycle to look for new discharges. 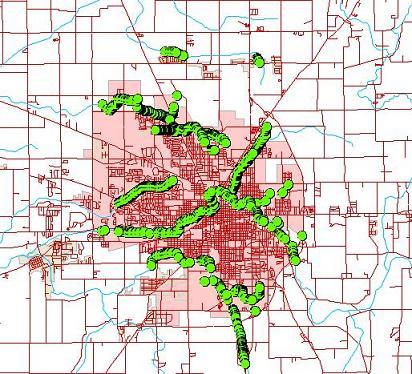 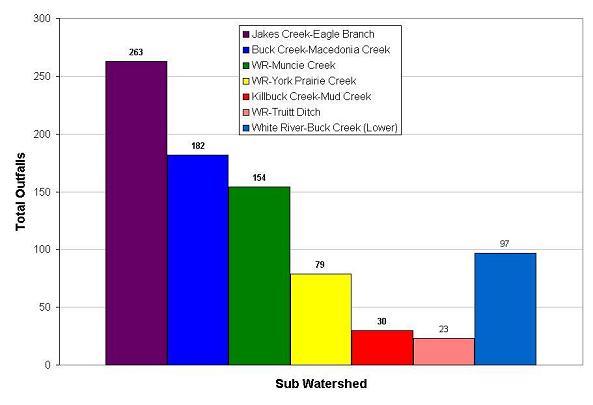