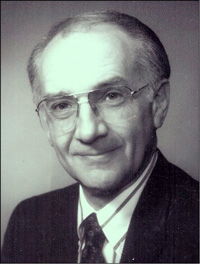 John M. Craddock attended Ball State University in the late 1960s as a non-traditional student, having recently completed a four-year tour of duty with the U.S. Coast Guard. During his senior year, John was required to complete a course project, either a research paper or fieldwork. Having an interest in fishing, wildlife, and nature photography, John selected fieldwork and decided to assess the White River’s condition within Muncie, Indiana. He analyzed water samples, for several parameters including heavy metals, biochemical oxygen demand, fecal coliform, dissolved oxygen, and pH, obtained at each of his thirteen stream stations.

As his study progressed, it became apparent that the White River was highly polluted. Aesthetically, the river was very poor. It ran green, brown, yellow, and red from raw sewage and untreated industrial discharges. Litter, including tires and refrigerators, lined the riverbanks. Industrial waste and sewage muck two feet thick covered the river bottom instead of sand, gravel, and bedrock. The White River was practically devoid of aquatic and terrestrial wildlife.

Upon completion of the course, John continued funding his research from his own pocket. He convinced the Muncie Sanitary District to create a part-time position to help continue his work. Following his campus speech at the first Earth Day, local newspapers began publishing a series of articles detailing John’s findings. Muncie residents, shocked at the terrible condition of the White River, began questioning why something was not being done.

In response to the public support, John’s position became full-time. Recognizing the need for a local water pollution control agency, he composed a twenty-three-page paper detailing his vision. The Division of Water Quality (later to become Bureau of Water Quality) was created in March of 1972. This new agency, under John’s leadership, would apply a holistic approach to improve the community’s waterway. The Bureau would address chemical, biological, and physical quality, one of the first and few local governmental agencies to encompass all three.

Realizing that White River must be aesthetically pleasing to improve community perception, John ordered the removal of litter and trash in and surrounding the river. He developed the north riverbank as a park, supporting recreational activities including fishing, jogging, canoeing, and picnicking, while insisting the south bank remain forested for wildlife habitat. He drafted a proposal in the mid-1990s for a White River trail, observation/rest areas and a cantilevered boardwalk, parts of which have seen recent construction.

The outcome of John’s work: dramatically improved water quality, much of which is documented throughout this website. Due to Bureau enforcement, toxic metals discharged annually into the river have been reduced as much as 98 percent. Removal of illegal raw sewage discharges and several combined sewer overflows, along with the construction of separate sewer lines, have stopped millions of gallons of raw sewage annually from entering the White River. The fish population has increased from 30 to 65 species, while the insect population has increased to over 100 species. Wildlife, including blue herons, great egrets, osprey, red-tailed hawks, deer, beaver, muskrat, mink and other species, has returned to the river.

John has traveled to Europe, Asia, the Middle East, South America, and Central America to continue his work internationally on local water pollution control and industrial pretreatment programs, working with governmental and non-governmental organizations. He has taught workshops and seminars throughout the United States for the Water Environment Federation and the Environmental Protection Agency (EPA) on these subjects, and conducts 20 to 30 talks yearly. In 1990, he assisted in creating the International Council for Local Environmental Initiatives (ICLEI) at the United Nations. In 1995, the EPA appointed John to the Common Sense Initiative Council and, in 1996, to the EPA National Effluent Guidelines Task Force. He has worked as an advisor to the World Bank on local water pollution control programs, as well.

Mr. Craddock has received numerous awards for his outstanding service protecting water quality, including two Sagamore of the Wabash awards, Water Conservationist of the Year (Indiana Wildlife Federation), the Environmental Quality Award (EPA), the International Honors Diploma of Merit from the Brazilian Society for the Environment, and honorary membership in the Indiana Water Environment Association. The Bureau, during his tenure as director from 1972 to 2001, received numerous recognitions including Certificate of Merit for Leadership for Water Pollution Control (American City Magazine), Laboratory Excellence Award (Indiana Water Pollution Control Association), National Industrial Pretreatment Award (EPA), and Award of ExcellenceóPretreatment (EPA, Region V).

Now retired, John remains actively involved in water resource protection, whether as a board or committee member for various local/state environmental/conservation organizations, or as Director Emeritus for the Bureau of Water Quality.

John’s work, locally, statewide, nationally, and internationally, demonstrates that a person with vision and commitment can improve our Earth remarkably. The Bureau became nationally and internationally recognized due to his dedication, attention to detail, and demand for accuracy. John has said, “The condition of our river reflects how we feel about our natural resources and view ourselves, as well as how others view our community.” Because of his life-long work, Muncie residents can truly appreciate what a valuable resource they have.