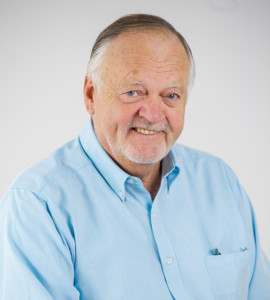 William B. Smith
Board Member

Bill Smith is the former President of the Board of Sanitary Commissioners. Bill served previously for 12 years under Mayor Dan Canan (1997-2008). He was raised in Pennsylvania and has a background in business. He started out in PA as the manager of F.W. Woolworth, then worked at the Kings Department Store, which brought him to Muncie during the blizzard of 1978.

During his time as a board member at Muncie Sanitary District, Bill initiated the curbside recycling program and free blue bags for residents. He also initiated the use of snow plows on District vehicles and trash trucks to assist in snow removal during large storms. In 2002, he received the Excellence in Public Service Award from the Muncie Chamber of Commerce.

Bill founded and remained as publisher of The Advertiser and Prime Years Magazine for twenty years before he sold the company. Other accomplishments: Served on the Mayor’s Redevelopment Commission for 20 years; served on the YOC Board of Directors as Vice President, President, and interim director; served as chairman for Community Centers; served on the Civic Center Authority Board; Co-Coordinator for the building of the Juvenile Detention Center; helped start the Muncie Sports-Plex. Bill has been married to his wife Bonnie for 40 years and has 5 children and several grandchildren.